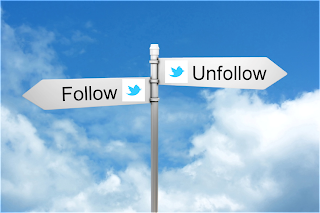 Anyway, I don’t know this person but I’m interested in their business.  They are the founder/CEO of a major people change organisation which relates closely to my own work.  Seeing that they actually use Twitter and that we have networks in common we ended up following each other.

Ethics in the moment
What happened next was spontaneous.  I unfollowed them.

Immediately after I found myself questioning whether I was being prudish.  Did it actually matter if this person, like many others, liked pornography?  I’ve not felt the need to unfollow anyone because of an ethical issue.  Yet this felt like one.

Looking at their client list I think they are playing with fire.  It’s the kind of action that can lose you business with clients who care about their reputation & associations.

A learning experience!
I have my own ethical standards and values but I don’t force these upon others.  I think I’m very much a live and let live kind of person.  This just felt wrong to me.

Yet I have to say I’ve never experienced Twitterethics before.  So I want to share my actions & thoughts for your scrutiny!

What are your thoughts?
What would you have done?
What ethical dilemmas have you faced on Social Media?